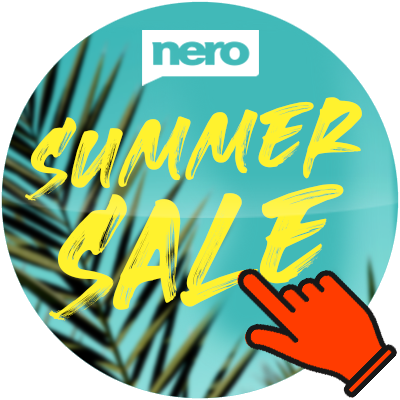 KARLSBAD, GERMANY (May 26th, 2004) -- In winning PC Answers’ (UK April 2004) coveted Editor’s Choice Award, many of the comments bestowed on Nero 6 were justly representative of an outstanding response made by the World’s media in recent months.

“This is a package that handles every possible task you could want to perform with any type of optical disc, whether it be CD or DVD” said PC Answers, “It’s fast, very easy to use and extremely powerful - a description that sums the entire Nero suite up, actually.”

In stating that Nero’s functionality opened up a new dimension, Chip magazine, (March 2004, Germany), went much further by awarding Nero 6 its prestigious ‘CeBIT 2004 Oscar’ as the software product of the show, eclipsing such names as Microsoft and Adobe in the process.

PC Pro (April 2004), drew an interesting analogy with Nero’s competitors during its review of the Nero media suite. “Ever since the advent of CD burners, Ahead’s Nero and Roxio’s Easy CD Creator have been battling like competitive siblings to out-do each other… Things have changed, however, and Nero now trumps its competitor in the usability stakes.”

In its review summary, Personal Computer World (UK) also drew on comparisons, “With version 6, Nero has moved ahead of Roxio’s Easy CD Creator to become the most complete and easy-to-use CD and DVD authoring package available.”

PC World’s editors awarded Nero 6 Ultra Edition their coveted ‘Best Buy’ honor (US - April, 2004), selecting Nero 6 over six other competitors' products, securing the top position as the most powerful and comprehensive DVD burning application available today. Editors noted that Nero 6 “has everything you’ll need to do almost anything related to CD and DVD creation, all-in-one solution for all audio, video, photo, data and backup needs.”

During PC Magazine’s (US Digital Edition) review of the new Sony DVD+R Double Layer drive, editor’s specially mentioned the ‘terrific’ bundled software, Nero 6, as one of the most comprehensive and easy-to-use disc-layout, copying, and authoring suites currently available to the consumer market.

Overall, since the introduction of Nero 6.0, followed by the 6.3 upgrade, the accolades have been unremitting from all corners of the Globe.

The Nero 6 application suite includes everything you need in the CD and DVD creation process. From editing to authoring, encoding to transcoding, audio and image editing, professional data backup, cinema surround DVD playback, and the most advanced and fastest MPEG-4 video and audio (AAC) solution on the market today, Nero Digital™. Add to this, a most intuitive interface (Nero StartSmart) that guides a user through even the most demanding recording tasks, its no wonder journalists and critical reviewers have universally acclaimed Nero 6

Whilst commenting on Nero 6 surpassing the magic 75 mark in awards, Klaus Bock, the General Manager/COO of Ahead Software AG talked about the dedication of the engineering and technical staff in making Nero 6 such a formidable all-in-one Digital Media suite. “Our people worked incredibly hard to put this together, so this International recognition is as much a testament to their creation and dedication as it is for all of us. We are justifiable proud that our achievements have been recognised by the World’s media”

Ahead Software provides the most reliable CD/DVD software applications available to serve digital media markets worldwide. Since its inception in 1995, Ahead’s leading application, Nero, has built a loyal customer base of more than 140 million users world-wide.